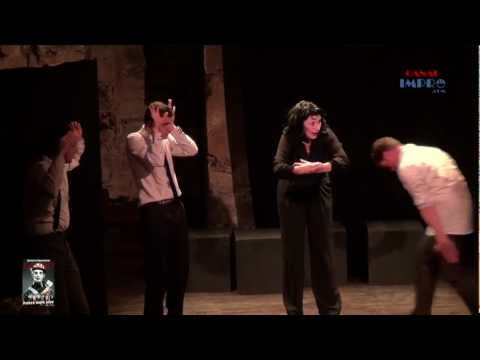 Continuing the trend on here...
Not many Bond films can lay claim to "saving the franchise" but The Spy Who Loved Me certainly can. Perfectly balanced & epic in scale, it proved that Bond could survive beyond the written work of Fleming. Some claim it to be no more than a remake of You Only Live Twice but it is a far more self-assured film than that, with irresistible allure and tremendous set design.
Fortunately the masses have come around on this one; without a doubt one of the best Bond films, and the one with the biggest heart. Beautifully shot and edited, with great use of locations & great performances from Diana Rigg & Telly Savalas especially. Shame we never got George Lazenby for at least one more film.
Defined Bond for an entire generation who grew up in the '90s & launched a phenomenon (with the help of Nintendo 64). But overall a pulse-pounding action film and a terrific debut for Pierce Brosnan & director Martin Campbell.
Like From Russia With Love, a great adaptation of Fleming & perhaps the closest thing to an objectively "perfect" Bond film. Set an extremely high standard for the Daniel Craig era, which sadly none of his other films have measured up to (yet).
Still considered by some to be the most iconic film in the franchise & it certainly set the standard for the Bond movie formula. Still a tremendously entertaining film that never gets old, with remarkable set design and a great score.
If Hitchcock had ever directed Bond it would probably look something like this. Not just an excellent Bond film but a cracking spy caper altogether.
Though the race dynamic here is problematic to say the least, Live And Let Die is a gorgeous & genuinely funny follow-up to the dismal Diamonds Are Forever that proved once and for all that Bond could be redefined for the 1970s.
The one that started it all. Though it lacks one or two of the trademarks we've come to know from the film series, it is easy to see why Dr. No has stood the test of time.
The most "serious" of the Roger Moore films also boasts some of the best action sequences in the franchise. Nicely combines the "Risico" and "For Your Eyes Only" short stories into an adventure fit for Fleming.
Perhaps the most underrated of all the Bond movies. A wonderful action/adventure with great stunts & setpieces. Strikes a perfect balance between comedy & genuine thrills.
Honorable Mention: Moonraker
For whatever outrageousness you may perceive, you can't deny that Moonraker is a spectacular piece of filmmaking. Takes the Bond film franchise into a whole new territory of spectacle.

Can we dispel “nobody hates Star Wars like Star Wars fans?”

We just want good content. When movies are bad sw fans either turn towards them in defiant support, suppressing their flaws and/or appreciating their successes, or they accept that it’s bad and speak up about it. That’s why the prequels and sequels are so “decisive”, and where this myth comes from.
Case in point: In the prequels, darth Vader is now a whiny little boy going “yippe!” And “are you an angel?”, accidentally bumbling around and destroying an entire lugerhulk ship while Jar Jar steps in space poop.
In the sequels, Like Skywalker has done a complete 180 on all character progression, tries to kill his nephew in his sleep, and then gives up on his family and friends while Rose and Finn rise space horses thought space casinos.
If you are a fan of the OT, both of these will either rightfully upset you, or you will ignore or downplay them to focus on the positives of each trilogy. This will be divisive in the fan base, not because you’re a cynical toxic fan, but because they are both stupid.
Hot take: The truth is the PT and ST aren’t very good movies. I personally have my preference but that isn’t relevant to my point. You can love them, you can hate them, your opinion isn’t invalid, but the pt was overly ambitious, lacking in several areas, and made some bizarre choices. The ST was rushed, had clashing directors, and failed to juggle nostalgia with world development. I realize There is no objective scale for “good” and “bad” in movies, but the more issues, plot holes, confliction‘s, etc. a movie has, the less well received it is. I’m talking broad strokes and general audiences here. Your opinions aren’t invalid if you like any of these movies or feel differently about the flaws I mentioned.
The movies, wether you love or hate them, have flaws. A lot of flaws. That’s why they’re divisive.
When Mandalorian comes around, suddenly the toxic sw fan base is nowhere to be found. Because this content is good it treats characters and events in the saga as they should be, and it has objectively talented, capable, and knowledgeable, writers and directors. They aren’t controversial because they do good work. The clunky, awkward dialogue of the pt? Not present. The over reliance on massive spectacle of the ST? Not here. Because they aren’t riddled with flaws like those, the toxicity and division in the fanbase is also not there.
When content is good it is universally loved by sw fans. When it is riddled with flaws, some love it, some hate it.
All we want is good, though out, quality content made by people who love star wars just as much as we do. This toxicity won’t exist if content from here on out is simply good, or even just okay. The fan base isn’t responsible for the content that is given to them. Would you say “nobody hates Star Trek more than Star Trek fans” after the fan backlash after the new Star Trek movies came out? Would you say “nobody hates Game of Thrones more than Game of Thrones fans“ after their finale?
At lest, that’s what makes sense to me. What are your thoughts?
And as a very important disclaimer: I don’t want to argue about the ST or the PT here. If you liked one or the other, good for you. I hate one and can appreciate the other, and I’m sure you have your opinion to. This is Reddit, and we both know there’s no way to change the mind of an Anonymous Internet commentor. So if you want to debate with me why Luke’s arc makes sense, or why Anakins dialogue was intentional, go somewhere else, please.

Looking for flashy/ witty biopics/movies like the ones listed here.

Seen:Wolf of wallstreet (favorite of all time), trial of the Chicago 7, war dogs, Molly’s game, the big short, spotlight, American made, lord of war, color of money, rounders, vice, both wall streets, boiler room, Charlie Wilson’s war (seen and loved pretty much every single Aaron sorkin work), all the money in the world, Argo, focus, the wizard of lies, Irishman (seen most of Scorsese, so anything like his style), Gatsby, frost nixon, all the presidents men, Snowden, the imitation game, jobs, good will hunting, jerry maguire, pawn sacrifice, project x (the spectacle of it) oceans 11-13, borg v. Mcenroe etc etc
Seen, and liked the premise, but didn’t love: billionaire boys club, the preppie connection, casino jack, the founder, the laundromat, American hustle (overrated af), hustlers etc etc
Thanks!

Was wondering what the most realistic/grittiest bond movies are?

Just recently watched casino royale 2006 as my first bond movie and i really liked it. But quantum of solace not so much. Im watching skyfall and i like it so far and will probably catch up on the craig movies but are there any popular or even niche bond movies that are more grounded and about the bond character rather than spectacle. Also maybe darker and less campy? I might be barking up the wrong tree but i was a big fan of the poker scenes in casino royale so i guess besides the original?